Flight search
AAA
AAA
Main The blog Kansai is an international airport in the sea.

Kansai is an international airport in the sea.

Kansai International Airport can be safely called an engineering miracle of the 20th century. Therefore, if your travels lead you to Japan, do not be surprised that you will end up on a separate island. We will tell you about the main features of the airport and useful information for tourists in this article. 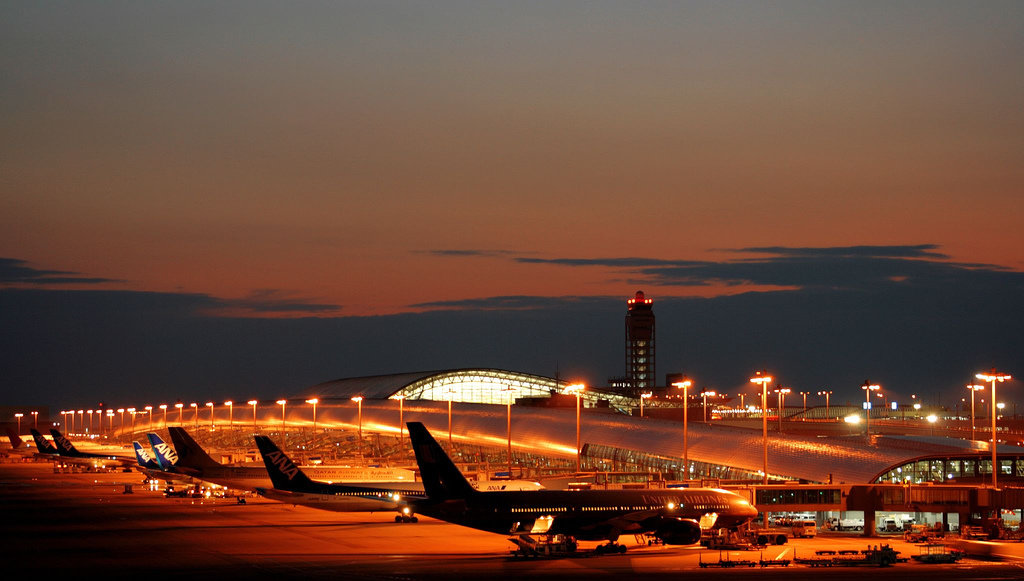 Kansai Airport is a unique structure, as a hotel island was built for it on shaky ground. It is located near the city of Osaka. The first thoughts about the appearance of an airport in the region appeared back in 1960, but there was simply no free land for it. And the locals were against the noisy airport, because life is too busy in the city anyway. Therefore, the construction of an airport five kilometers from the city in Osaka Bay was the best solution. Of course, the construction of such an island required no small financial investment, a million workers and a huge amount of soil and concrete blocks. After competent calculations of designers in 1987, they began to build the island. In two years, an embankment with a height of 30 meters was built. Most likely, this was the most difficult stage of the work, because no one would like the island to go under water years later. The next stage in the construction was the construction of a bridge, which was called the "Heavenly Gate". It connected the future airport with the island. This two-tier structure combines a six-lane highway for cars and two railway lines. The official opening took place on September 10, 1994.

Unfortunately, small mistakes were made in the construction. The island was designed to gradually settle, but in the first few years it began to go under water too quickly. Engineering solutions have solved this problem, thereby strengthening the structure of the airport itself, which has survived even earthquakes and typhoons. Now the island settles only by 5-7 centimeters per year. In addition, the construction of a second runway has begun, which was opened in 2007.

But the airport is interesting not only because it is located on an artificial island. The terminal building is considered the largest single-room building in the world. Its length is one and a half kilometers, it has many partitions and three floors, but it is believed that this is one room, hence the record. It is interesting that the terminal building looks like a centipede from above, where the terminals protrude with their legs, to which aircraft approach. Since the building is made of steel and glass, it is not afraid of weather troubles that often occur in the region. 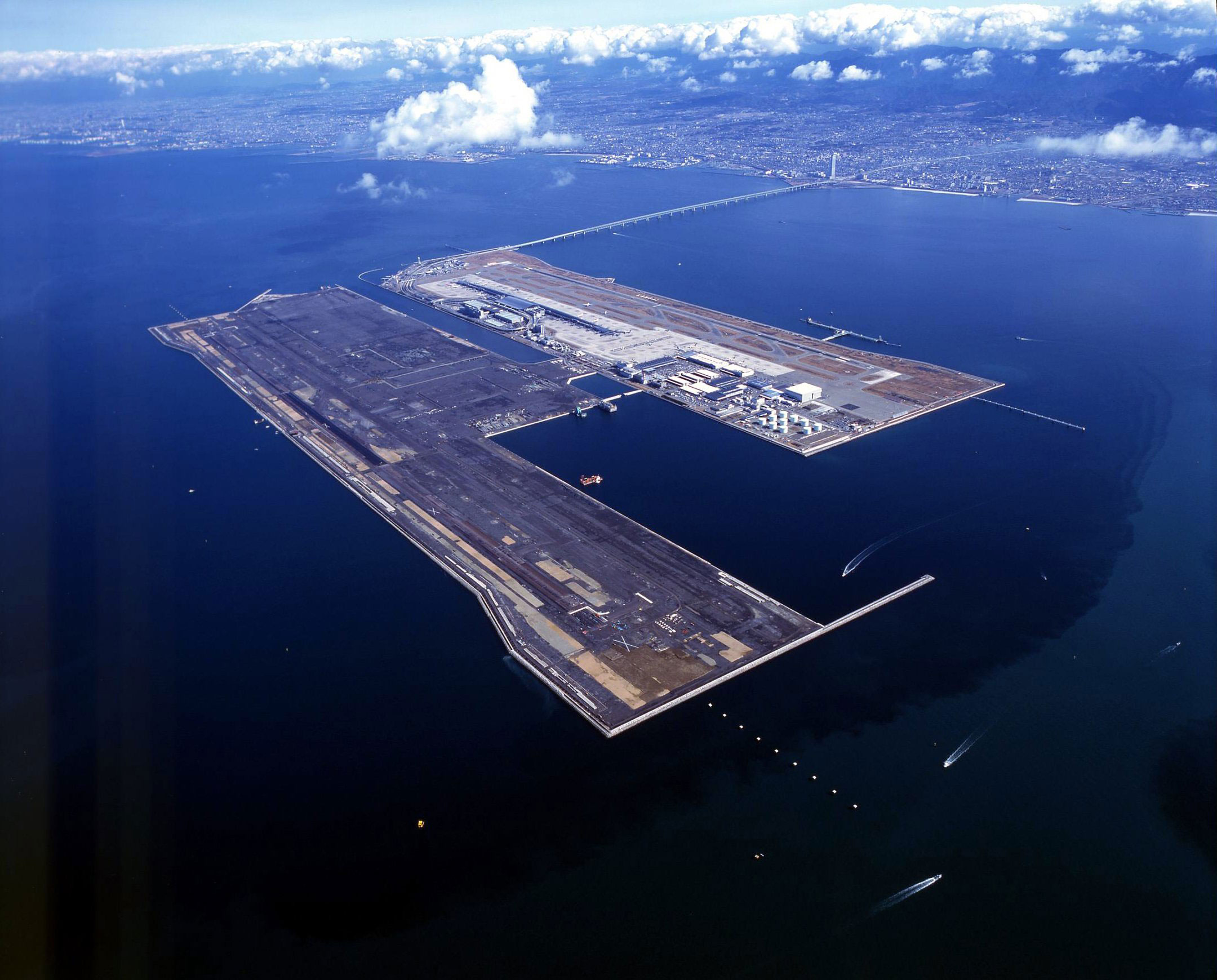 This is a long, expensive and unique project, where the passenger traffic annually amounts to more than 10 million people. By the way, it is precisely because of the high cost of construction and maintenance of the island, air tickets here are quite expensive. At the same time, Kansai Airport is in demand. From the history and value of this place, let's move on to practical information for tourists.

Kansai International Airport is located 50 km from the center of Osaka. It is easily accessible by car, train and high-speed ferry. The strong remoteness from the city has affected the number of services that are offered in the terminal itself. There are the following basic services and amenities: services for passengers with children (strollers, children's play rooms and rooms for mothers), ATMs and currency exchange, tourist information center, luggage storage, post office, porter services, luggage trolleys, doctor's office, wireless Internet, business services (VIP rooms, conference rooms, business center, photocopying services, etc.), facilities and assistance for people with disabilities, prayer and smoking rooms, shower rooms, lounge area, massage, pet hotel and other basic services. There is also a hotel near the terminal where you can relax before or after a long flight.

But if you decide to stay at the airport at night or just wait for your flight, there are several entertainment and activities at the airport. Of course, you can look into the duty-free shop and others located on the first floor of the terminal. By the way, there are also cafes and restaurants on the 1st floor, a boarding gate on the second, a boarding gate and a waiting room on the third. 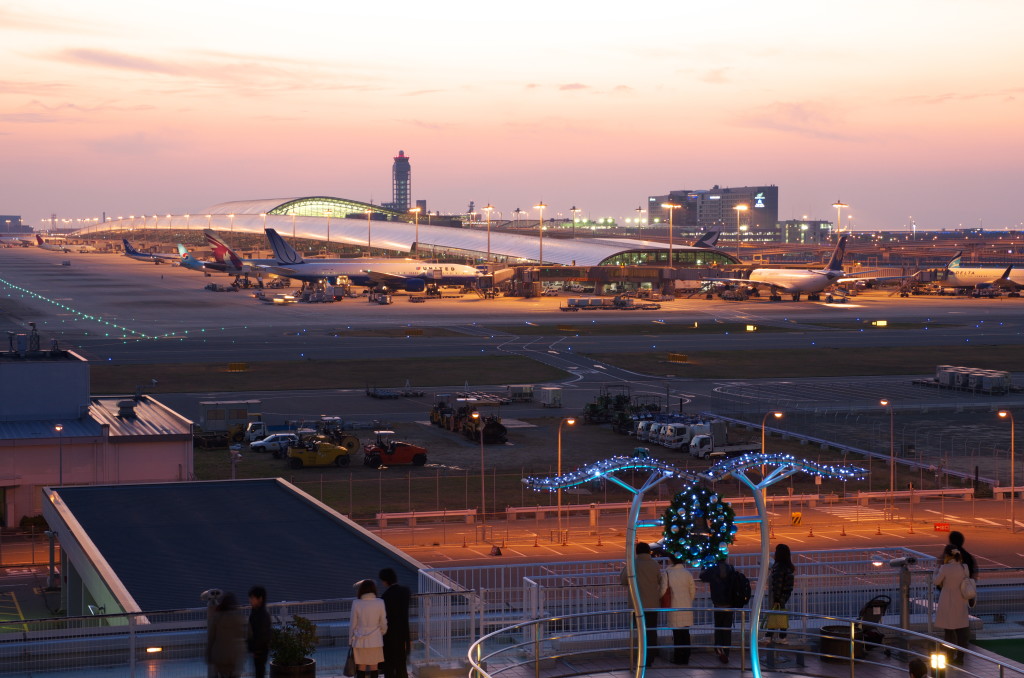 Returning to your leisure, we recommend you to visit the "Sky-View". A free shuttle bus runs from the passenger terminal to this observation platform. Firstly, the "Sky Museum" ("Sky Museum") is located here. Here you can learn not only about the airport and planes, but also sit in the cockpit. It will be interesting for adults and children, you can also have a snack in a local cafe. And the most interesting thing is the roof garden. From it, you can watch how planes take off and land. This spectacle is beautiful both in the daytime and in the evening. We recommend that you familiarize yourself with the opening hours of the museum, cafe and roof in advance, as they may change. One thing is for sure, that "Sky-View" is closed at night.

But in the terminal itself, you can plunge into one of the cultural treasures of Japan-the cuisine. Of course, in many restaurants you can try not only Japanese dishes, but also vegetarian, European, kosher and others. The services are designed to meet the needs of all guests and make the waiting time for the flight comfortable.

We also add that there will be no problems with navigation and registration, everything is very clear. Kansai airport serves a huge flow of passengers, so the process of check-in and baggage claim here is as convenient as possible. Many flights are served by more than 90 airlines, for example, Air Canada, Tigerair Taiwan, Garuda Indonesia, Jetstar Japan, Jetstar Japan, Air India, Delta Air Lines, Hawaiian Airlines, El Al Israel Airlines, Malaysia Airlines, Jet Airways. Therefore, you can get to Osaka from anywhere in the world. Have a comfortable trip!